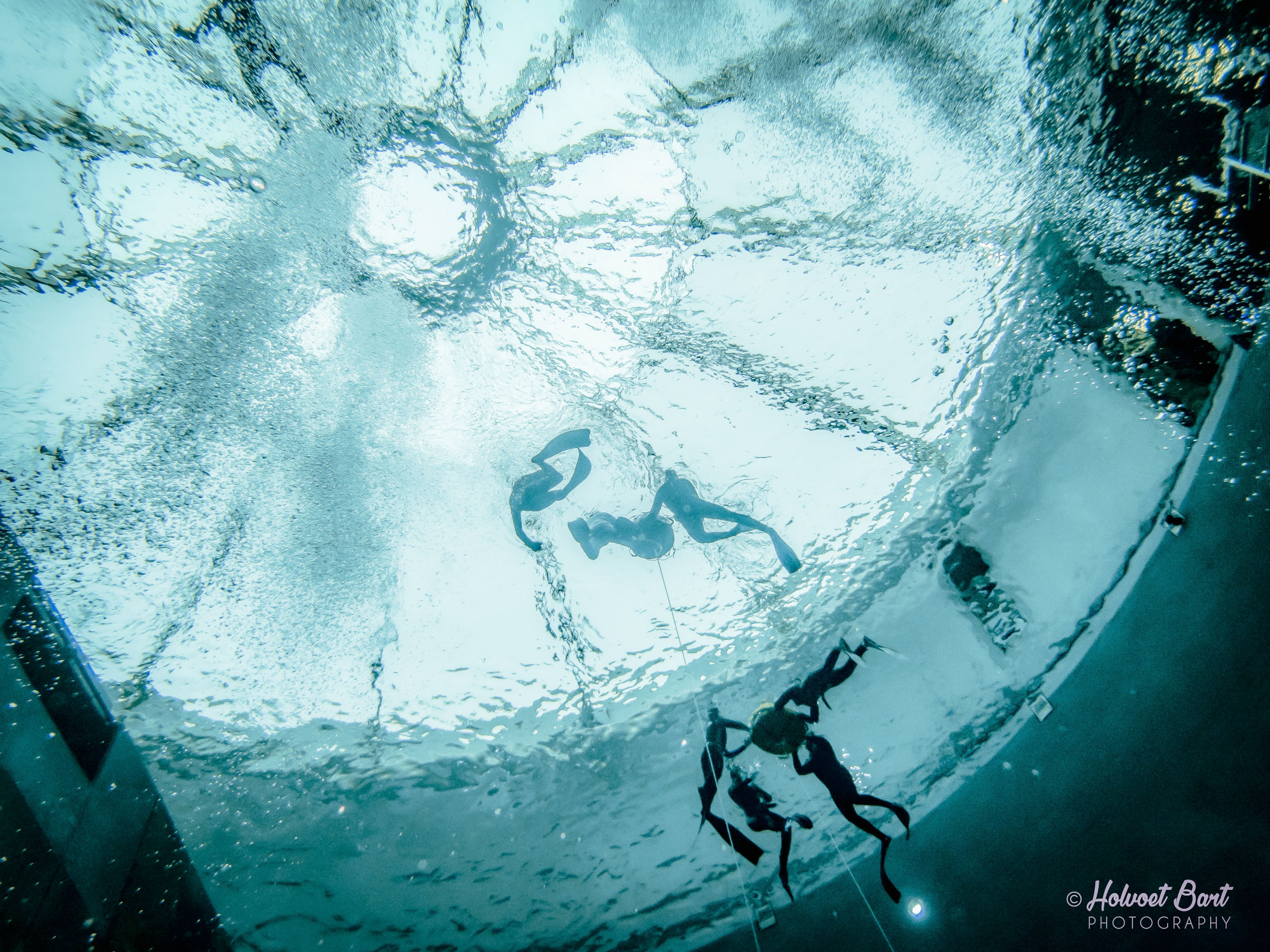 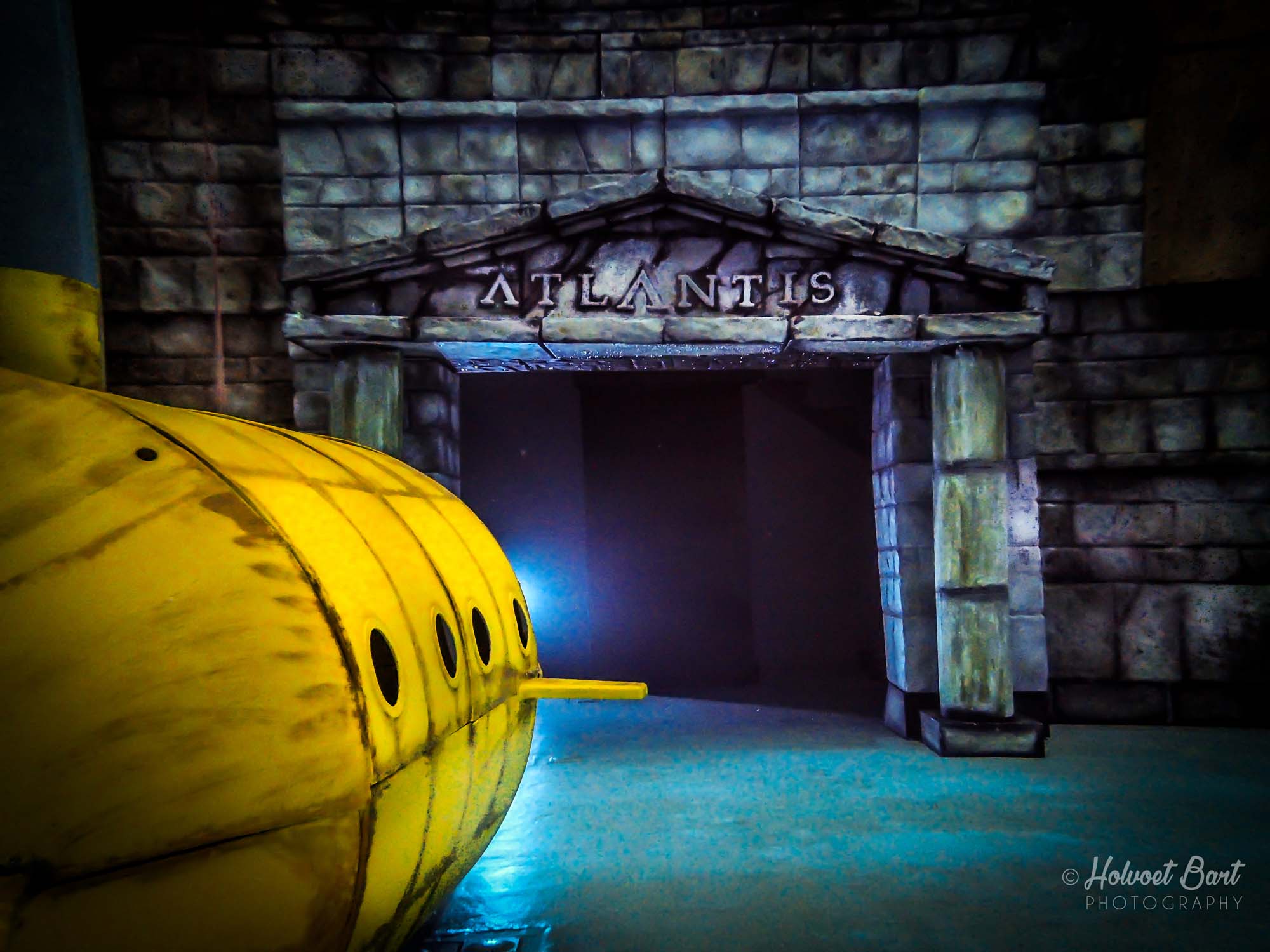 dive tank with a diameter of 20 m and a depth of 15 m, cafeteria, entrance via footbridge 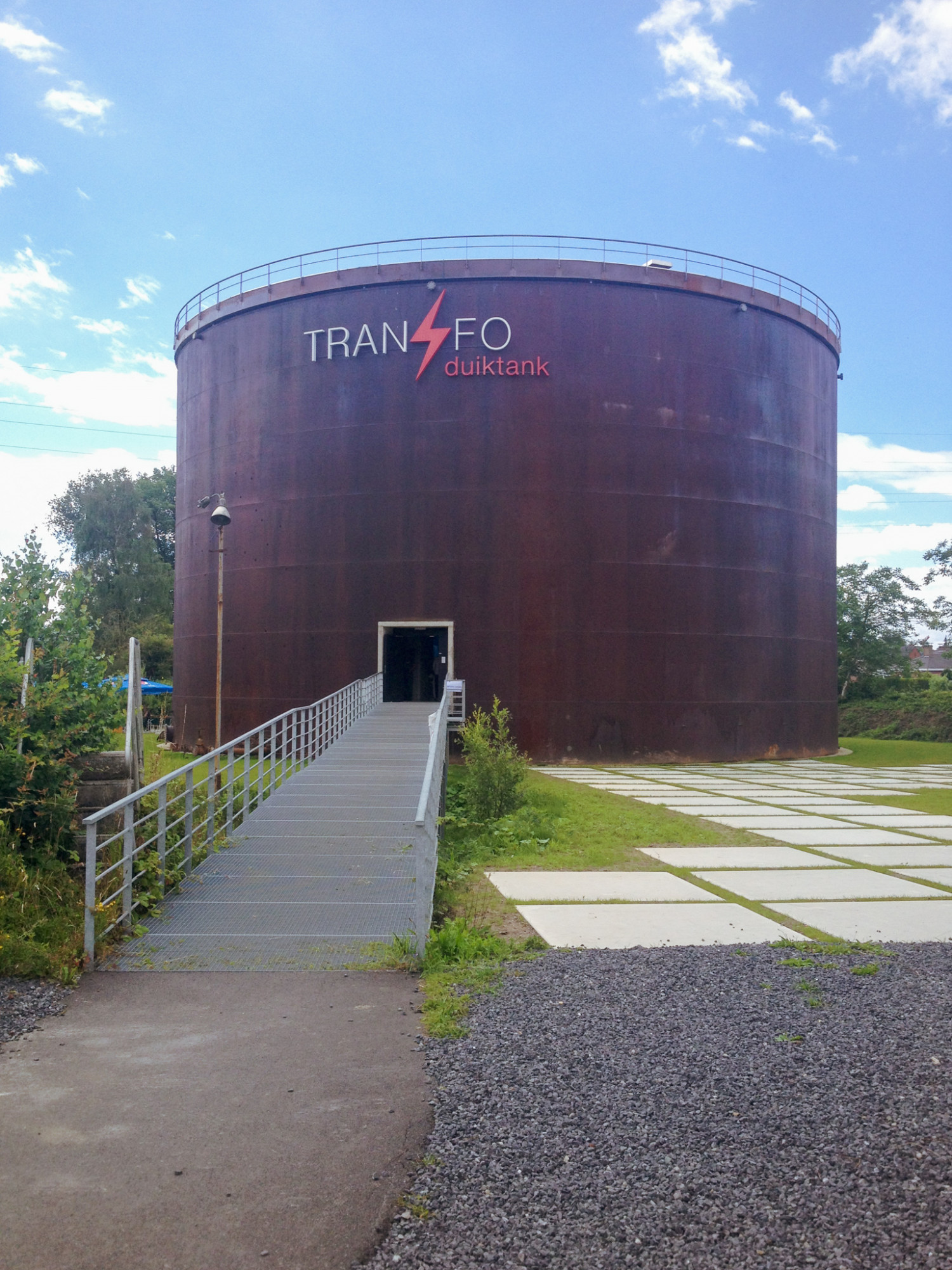 The project centres on the conversion of one of the fuel tanks on the site of a former power plant in Zwevegem into a diving centre. Since the site, now known as Transfo, has great emotional and historical value, it is with a great respect for and a maximum preservation of the existing infrastructure that we have tackled this project. 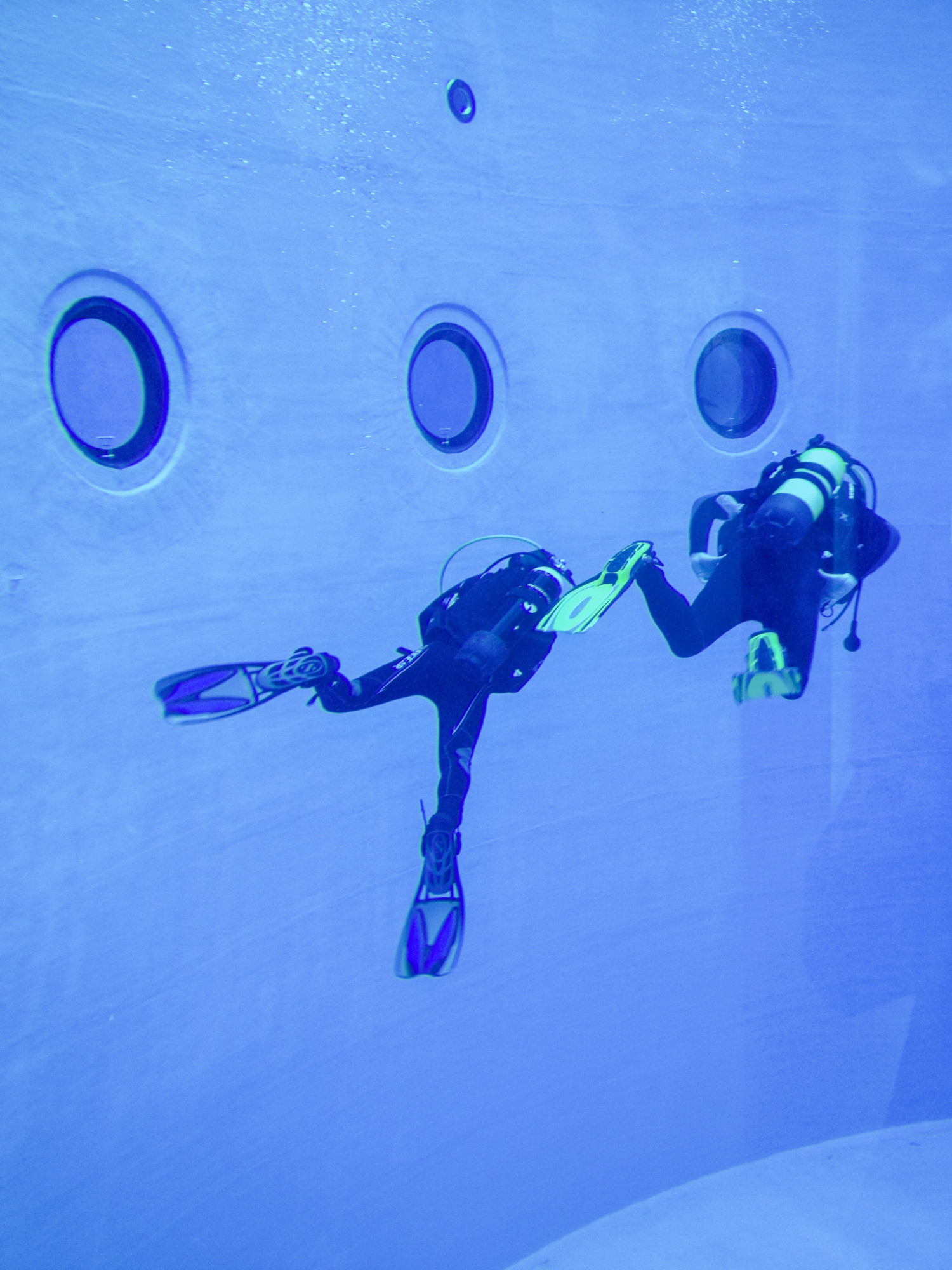 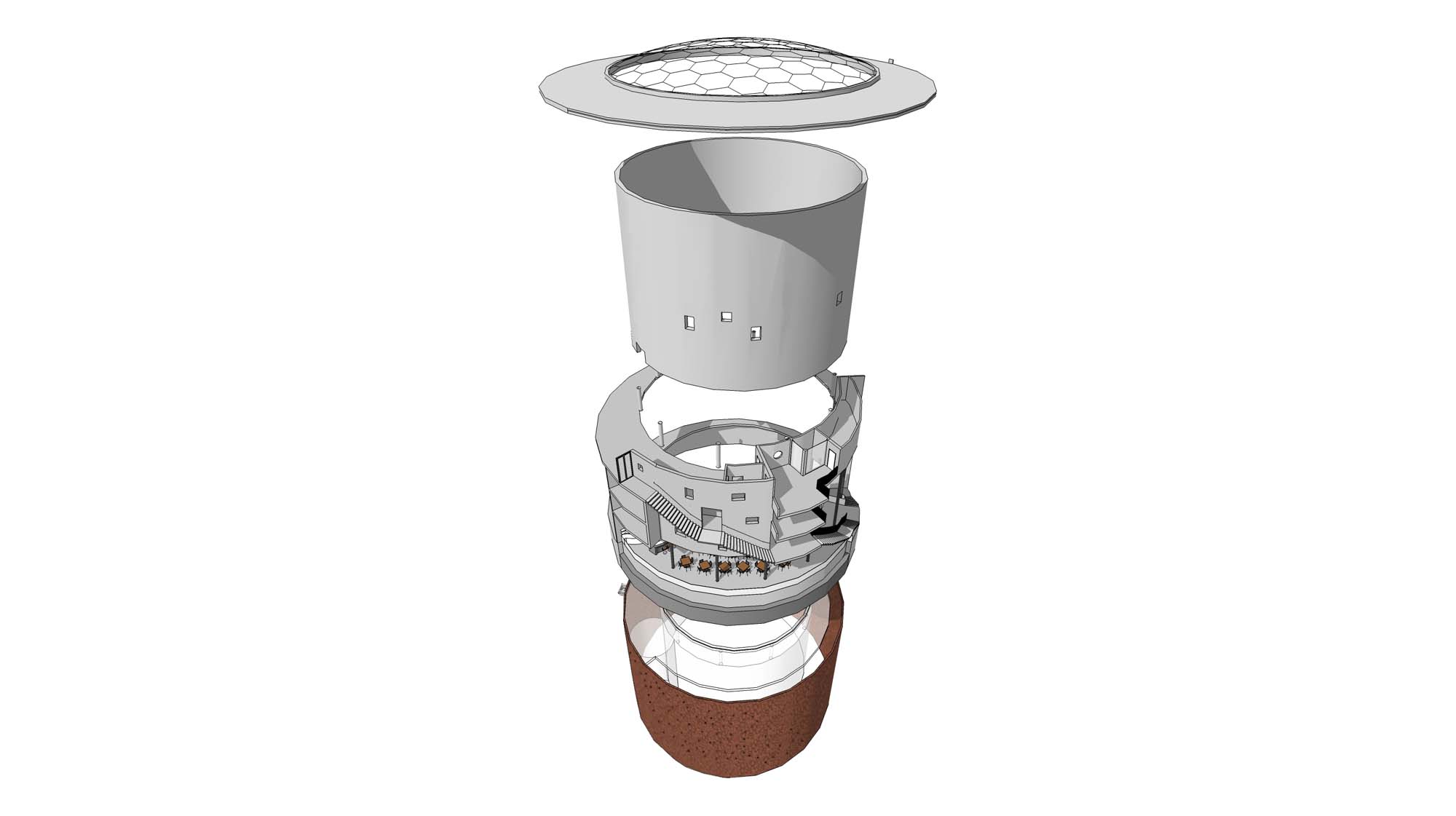 On the inside, the diving centre was built into the existing fuel tank like a matryoshka doll. The original tank has a diameter of 28 m; the dive tank measures 20 m in diameter and 15 m in depth. The additional functions are organised around this new tank, on a total of four flours.

The dive tank is domed with an air cushion roof. This ensures that divers can dive up towards the light and that the entire diving platform is bathed in a sea of light, a strong contrast with the fully enclosed outside shell. The entire project is designed as a low-energy building.

More about this project:
https://www.transfozwevegem.be/duiktank 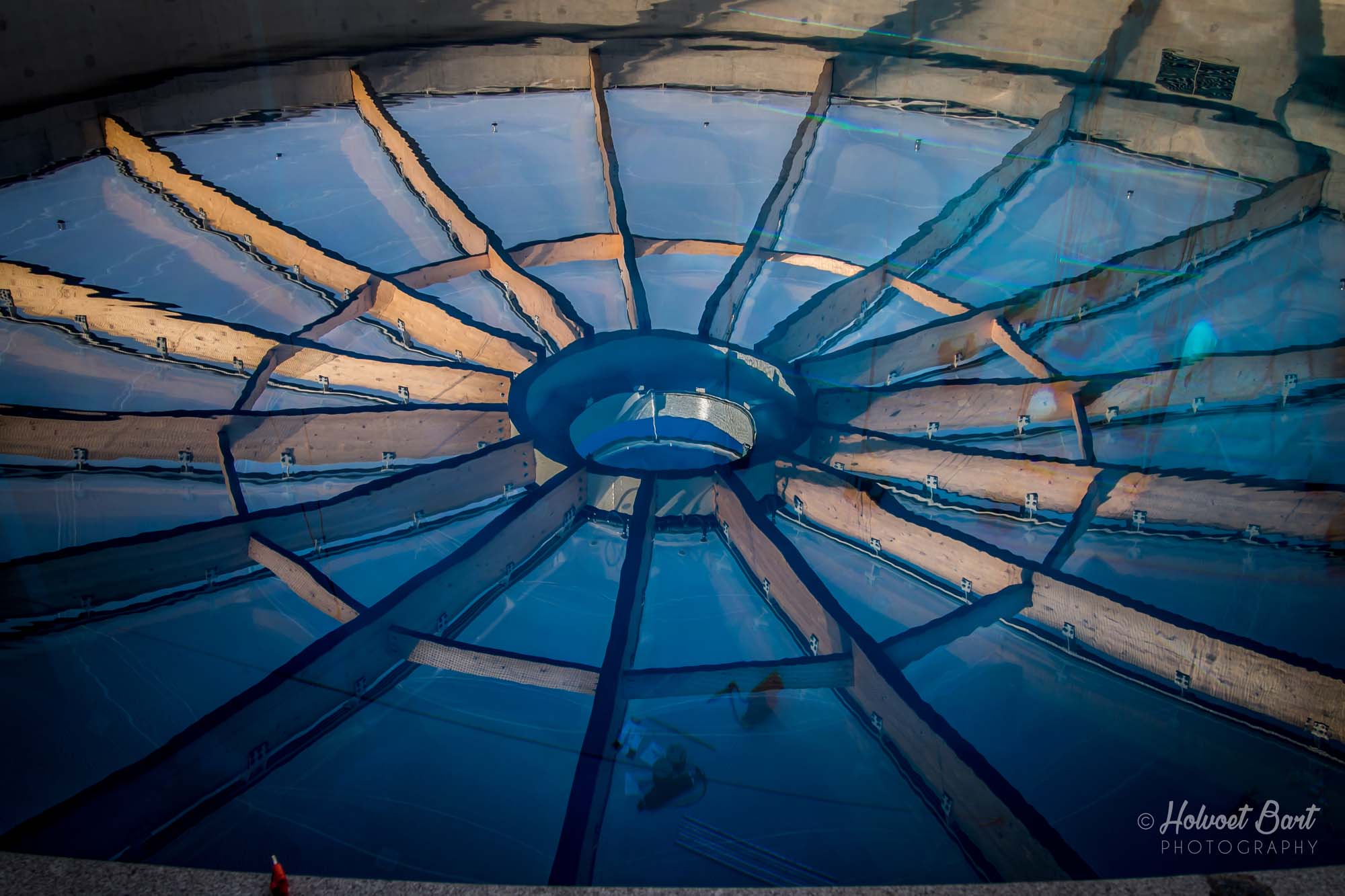