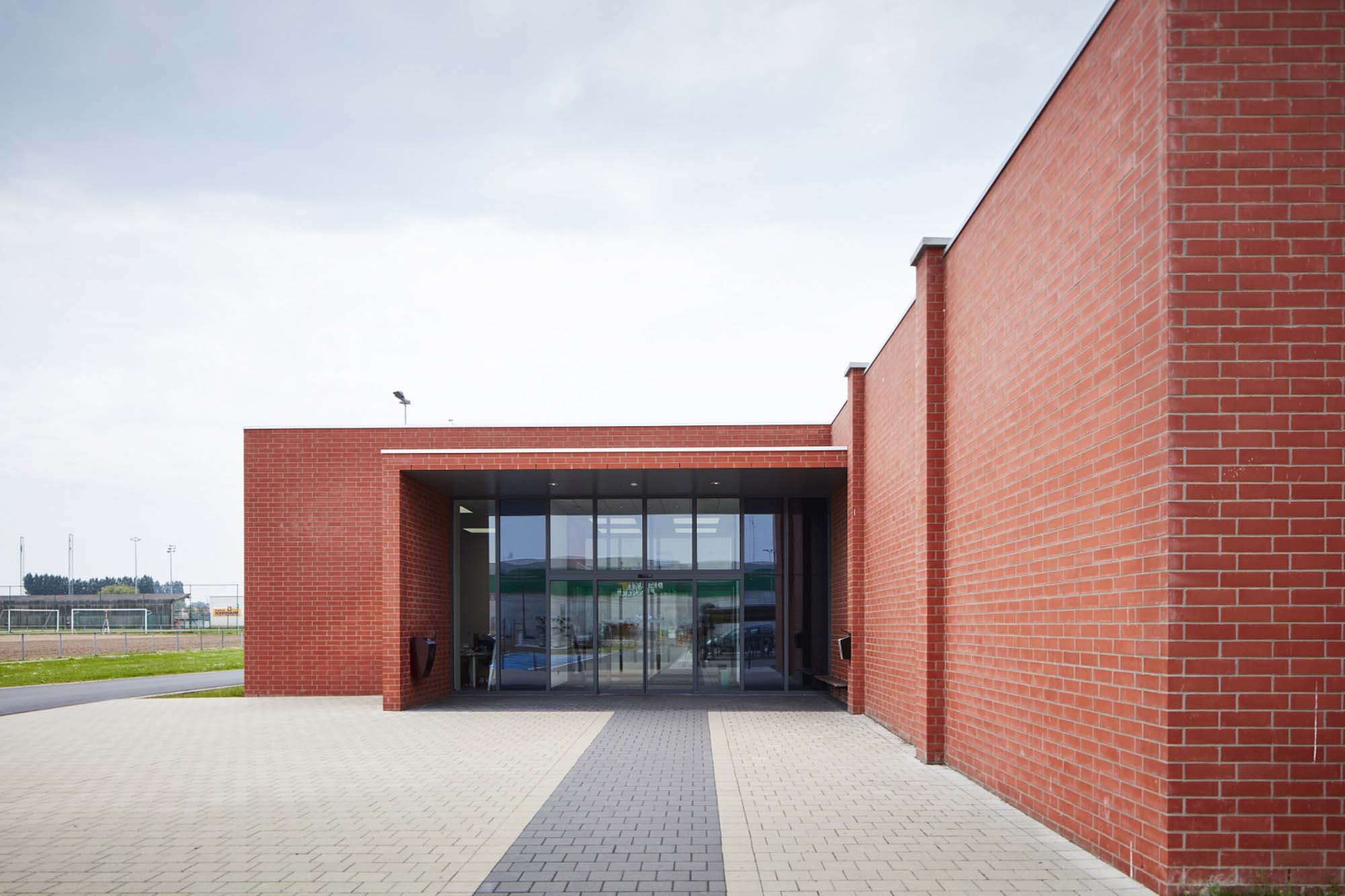 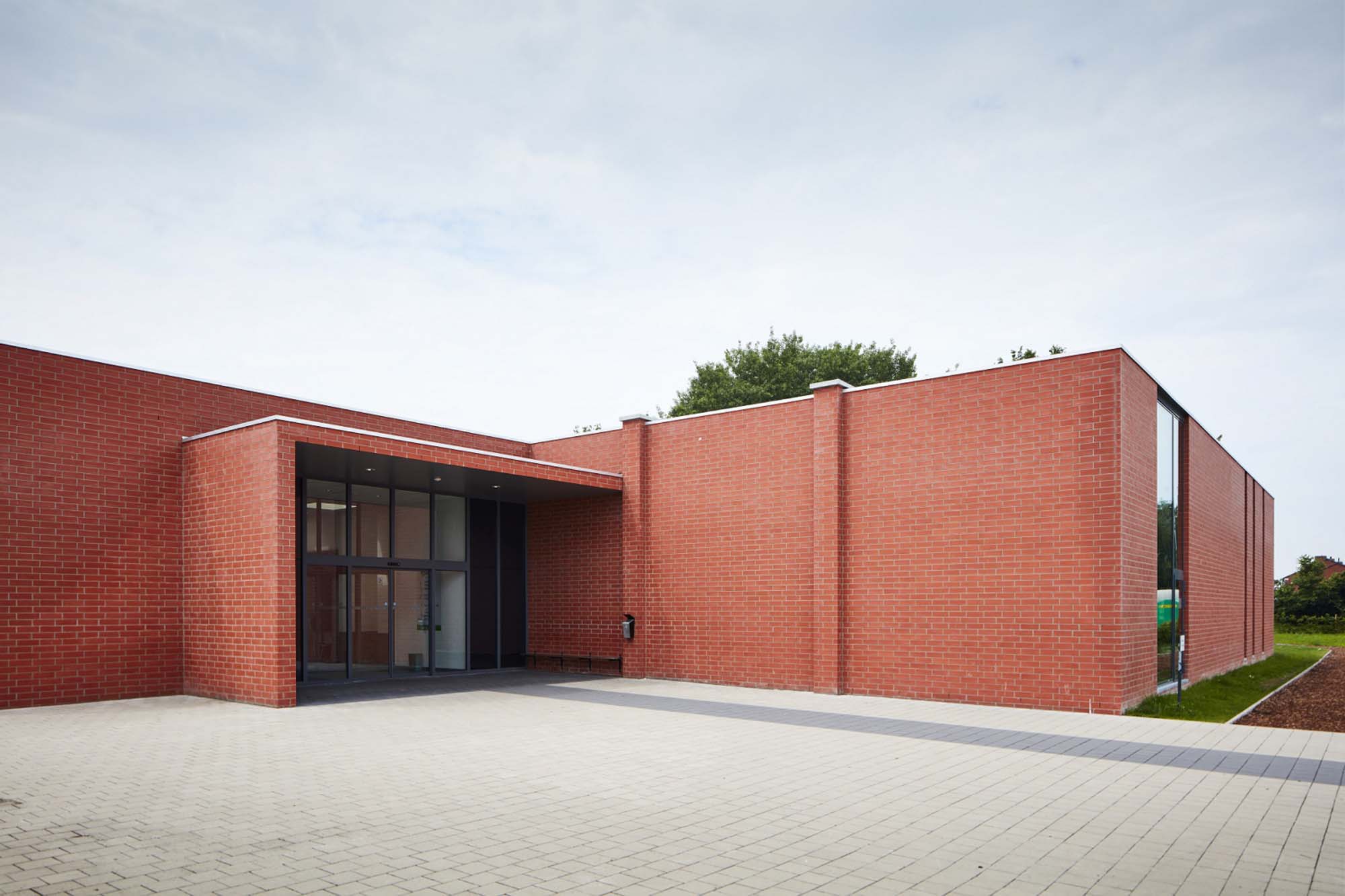 Rather than being placed on the site as a solitary element, the martial arts hall aims to conjoin the entire sports site as a single whole. The initial assignment was two-fold: to build a new martial arts hall on the one hand and to perform a complete energetic study of the existing infrastructure on the other. The design, however, does not consider these as two separate problems. Instead, it implicates the existing infrastructure into a new story of one sustainable sports centre.

In this project, sustainability is considered as an integrated thinking process that tackles both global visual qualities and functionality, thus striving for a comprehensible new sports centre with a clear address. 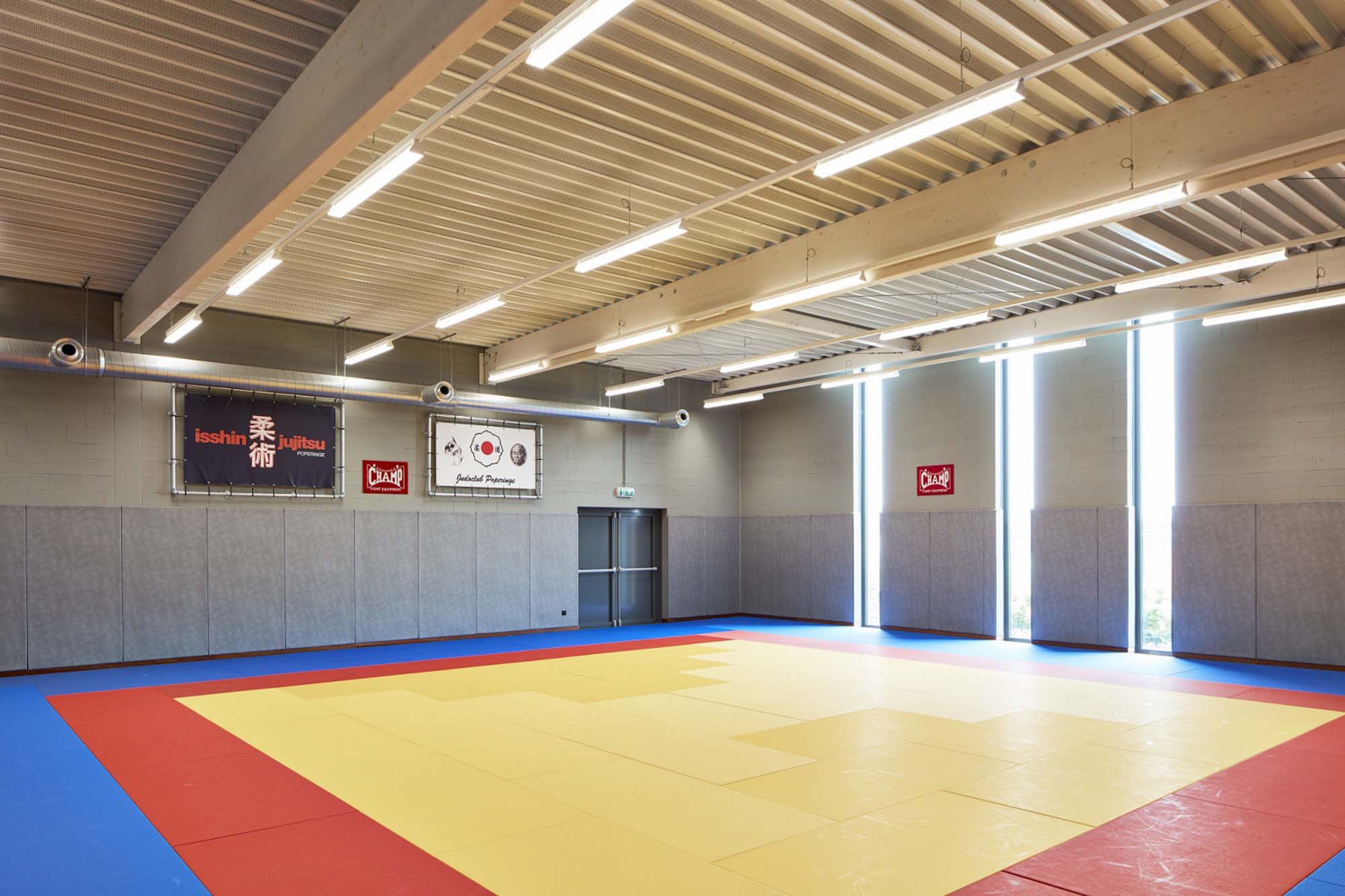 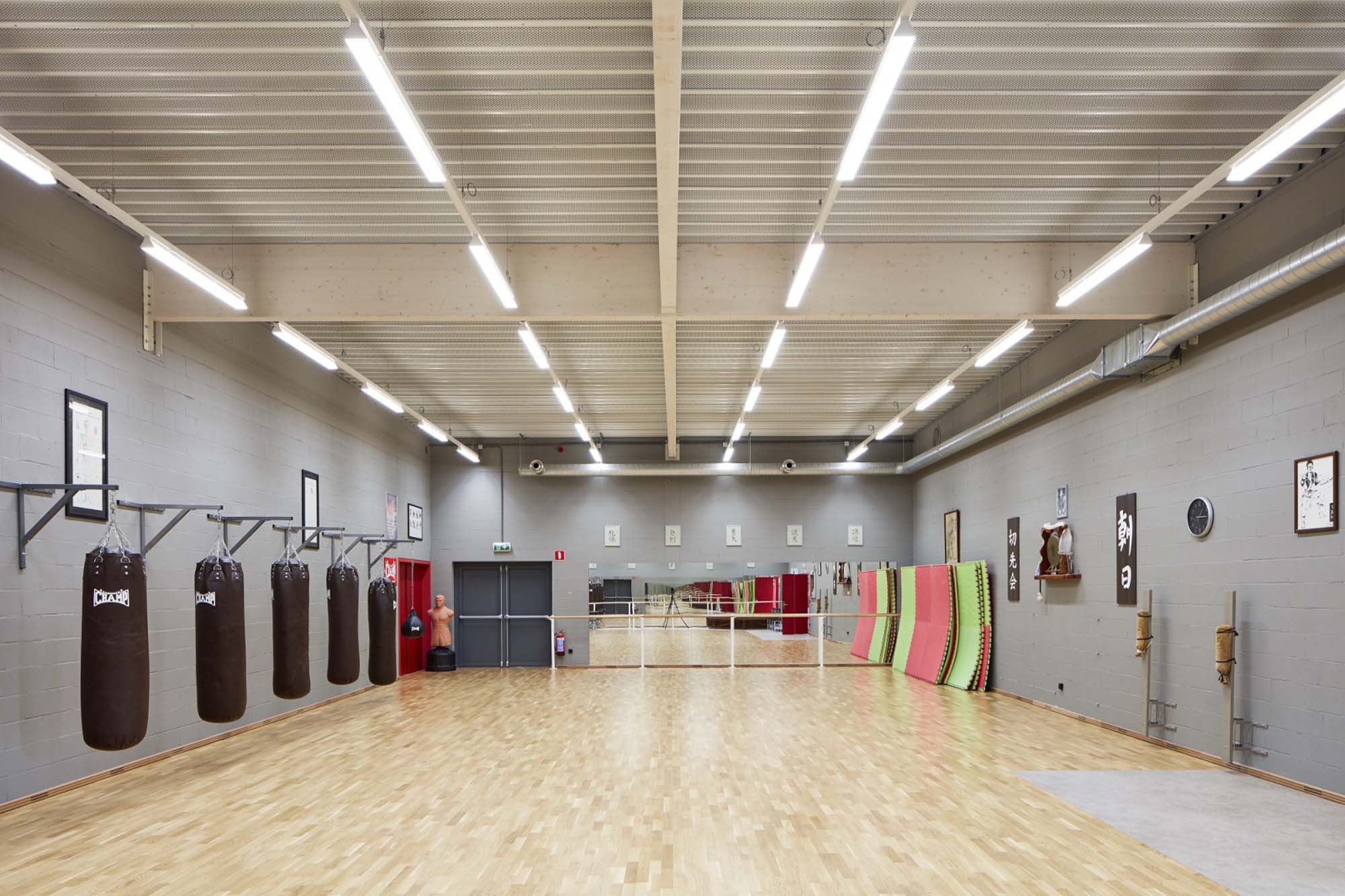 The existing-new building is granted a clear structure, separating sports halls, changing areas, service areas and entrance. It becomes a comprehensible building, both on the site and as viewed from the entrance portal.

The visual identity of the old sports hall, with its typical protruding columns and brick architecture, counts as an archetype for sports. Considering the overall concept of harmony and a global approach, this visual identity becomes the guiding principle for the new addition. In a playful and poetic way, vertical stretches of glass punctuate the new façades and establish a form of communication between the building and its surroundings.